Super Card is the largest loyalty program in Serbia. Some of the biggest retailers from different industries are supporting Super Card. It offers consumers numerous benefits and discounts when shopping at partner chain stores. They decided to rebrand the most popular loyalty card. It includes the function of a credit card, in addition to collecting points for discounts.

Key message of the campaign was “Pays everywhere, returns even more!”. Part of the brief was an instruction to keep visual elements of previous campaigns; idea was to make emotive connection through the process of rebranding and improvement of benefits. Through the process of research we received the data that number of users don’t have a positive attitude toward credit cards.

In order to eliminate the mistrust of consumers who accepted the old visual identity and name, we used a simple language. We hired popular actors, to send the viewers a clear message that the new combination of loyalty and credit card captures all the benefits that they had before. 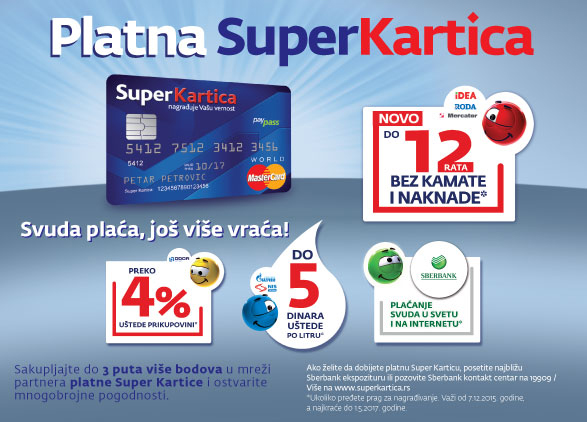 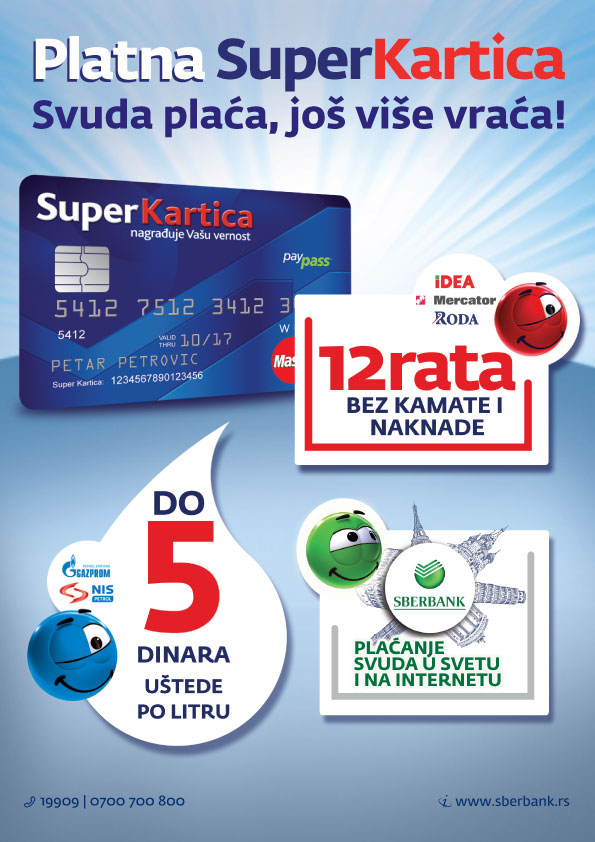